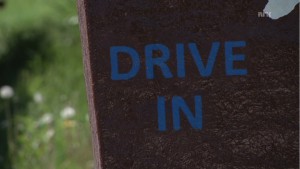 This soundpiece is based upon Torp & Liseths own poems and a channeled recording with Kari – Hanne Nyland. The channeling came throug a spiritual session together. It expresses the sound og Mother Earth´s heart. This is a wounded earth talking. In this recording she shows her gratefullness to us humans for connecting with her and of being alive. Sounds Of Mother Earth is part of Torp & Liseth Cosmic Broadcasts series of sound and videoworks exploring the universe of people connecting on a multidimentional level through a spiritual practice.

Documentation of the performance here: I am the Gallery

Galleri Ruth is situated in between the fields south of Oslo in Norway.

It started out in 2012 as a small contemporary indoor gallery and
served wind-powered waffles outside. In the summer months around
2500-3000 cars were passing the gallery each day and many did slow down
when they saw the windmill and the gallery – but they did not manage to
stop, get out the car and see the art.

In 2013 Galleri Ruth was transformed into a Drive In Sound Gallery. This
was an attempt to meet the need and interests of the car drivers and at
the same time make it easier to access contemporary sound art by having
the car as the gallery space in a beautiful remote and rural setting.